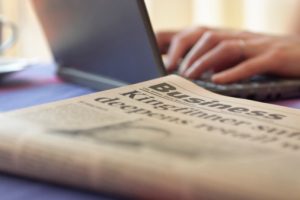 ‘The standard you walk past is the standard that you accept. That goes for every one of us, and especially those who by their rank have a leadership role’

I am reminded of this statement and the clear message given by Lt. General Morrison in his video in 2013 when thinking about what is good compliance. Why? Because in his message, a response to the announcement of investigations into allegations of unacceptable behaviours of Army members, not once does he mention any breaking of rules or laws. There is absolutely no reference to breaches of regulation, procedures or policies. Yet he is the Chief of the Australian Army, an environment where you would not be wrong to assume that adherence to rules, discipline and following strict orders to the letter are the order of the day.

So, it’s fascinating to study what he actually says. If there is no mention of breaking rules and regulations, given the circumstances and the type of organisation we are talking about here, what could be more important? In fact, Lt. General Morrison goes on to focus on arguably more critical areas, including: evidence of inappropriate attitude and behaviour, contravention of every value that the Army stands for, the need for moral courage and for people to speak up and take a stand, to care about the legacy of the Army, and his vision of the Army as an inclusive and respectful place where everyone can reach their full potential.

It’s pretty powerful stuff. So, now the question we need to answer is this one.

What does it tell us about compliance?

It tells us that compliance with the rules and laws, although necessary and required in order to set clear boundaries and a create a platform of common standards, is not what’s most important when it comes to influencing behaviour or ‘doing the right thing’. When it comes down to creating an environment where every single person is responsible for the culture and reputation of an organisation, and the climate in which they work, adherence to rules and the laws simply aren’t enough. We’ve seen evidence of this in spades in response to the financial crisis in 2008. More rules, increased compliance, and tighter controls have not reduced the risk of further examples of inappropriate actions such as mis-selling or market rigging. In fact, a get‐tough approach to poor performance in financial services has created a climate of fear and anxiety. This has manifested itself in an increased risk of breeding more unethical conduct, not less, and a widening trust deficit between business and society. Exactly the opposite of what the regulators, business and the public are calling out for.

It is empowering, it is both forward-looking and backward-looking, and it is not just focused on the here and now. It transcends compliance with the rules, a default position, and has minimal impact on behaviour. It is driven by the values of justice, fairness and what it right. Good compliance cares about the decision-maker being informed to make the right choices, being trained and equipped to access the right knowledge and tools when needed, and feels entrusted to execute judgement. It is proactive by nature and it is universal in its ability to cross borders and cultural norms given its focus on human values.

And what of the benefits of good compliance to organisations?

Examples include improvement in employee morale, a decline in the number of incidents of misconduct, a greater willingness to speak up and report inappropriate behaviour. Not to mention higher levels of productivity and enhanced business performance, as evidenced in the CIPD’s report, ‘A duty to care? Evidence of the importance of organisational culture to effective governance and leadership’, July 2016.

Personally, I believe in order to be good, compliance must have ethics at its heart. Good compliance builds on the fundamental building blocks of legal rules and regulations to deliver value that exceeds the expectations of what we have come to expect from compliance. It weaves in purpose, values, character, long term sustainability and a level of transparency and accountability which individuals can emotionally invest it and own.

Good compliance is measurable through evidence of changes in behaviour such as greater challenge and collaboration, tangible differences in employee retention and attraction of talent, and an increased ability to demonstrate to third parties (such as a regulator or enforcement agency) that it’s not just words on a page or words said on a platform. It matters. And, maybe even more importantly, good compliance helps people choose to do the right thing because it is something that they believe in, rather than what they’ve been taught to comply with.

Finally, good compliance is hard. In the words of Lt. General Morrison, I quote: ‘if you don’t like it, get out’. Those may be harsh words to hear, but in essence the message is this. Good compliance takes courage, it holds you responsible and it makes you feel proud of the choices you take.

Now that is something to salute.

Read more about me.